Today, on National Solitaire Day, we are celebrating the 30th anniversary of the beloved Microsoft Solitaire and saying ‘Thank You!’ to all the players over the past 30 years!

With a worldwide appeal, Microsoft Solitaire Collection, as it is known today, hosts over 35 million players each month, from more than 200+ countries and territories, in 65 different languages. And after 30 years, Microsoft Solitaire is still one of the most played games on the planet every day, with more than 100 million hands played daily around the globe.

The Solitaire we all know and love was first called Windows Solitaire on Windows 3.0 in 1990. The game helped people learn how to drag and drop items on their computer screens using a mouse, which was novel at the time.

Today, at the start of year 31, Microsoft Solitaire is played on computers, laptops, tablets, and phones in every corner of the globe, arguably by one of the most diverse gaming audiences in the world. Its Microsoft Solitaire’s unmatched familiarity and availability that’s contributed to its unending popularity, with more than half a billion players in the past decade alone, which no doubt added to the game being inducted into the Video Game Hall of Fame in 2019.

We’re celebrating the 30th Anniversary by inviting all players to join our record-breaking event today, with our goal to reach the most games of Microsoft Solitaire completed in one day. Join us as we embark on this record-breaking mission by downloading Microsoft Solitaire Collection for free on Windows, iOS, or Android, or play right through your browser! You can also visit our 30th Anniversary Event page on Facebook for more details and extra Anniversary fun. And don’t miss Major Nelson’s interview with a pair of Solitaire experts discussing the coveted winnability rate of the game.

Whether you play to take a break and relax or to test your brain for a challenge, we offer you, our players, a sincere round of applause for your passion and dedication. For that, there’s something new that I couldn’t be more pleased to introduce for the Microsoft Solitaire community: Microsoft Solitaire t-shirts and mugs are available now for the first time ever!

It really is something special that a game called Microsoft Solitaire has brought together so many people for so many years.

Enjoy your next hand of Microsoft Solitaire. 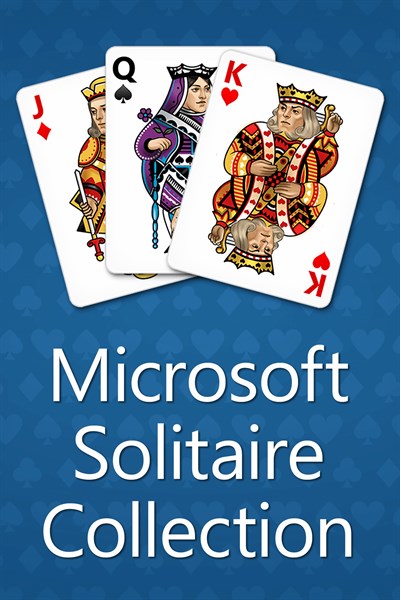 Solitaire remains the most played computer game of all time, and for good reason. Simple rules and straightforward gameplay make it easy to pick up for everyone.

Solitaire has been part of Windows for more than 25 years, and the Microsoft Solitaire Collection makes it the best experience to date with five different card games in one:

Klondike
This version is the timeless classic that many people just call “Solitaire.” Try to clear all the cards from the table using one or three-card draw, while using traditional scoring or the Vegas scoring system.

Spider
Eight columns of cards await your attempts to clear them with the fewest moves possible. Start out playing with a single suit until you’re comfortable, and then see how you fare when using two or even all four suits in a game.

FreeCell
Use four extra cells to move cards around as you try to clear all cards from the table. More strategic than the Klondike version, FreeCell rewards players who think several moves ahead.

TriPeaks
Select cards in a sequence, either up or down, to earn points and clear the board. How many boards can you clear before you run out of deals?

Pyramid
Pair two cards that add up to 13 in order to remove them from the board. Try to reach the top of the pyramid. See how many boards you can clear and how high you can score in this highly addictive card game!

Star Club
Even more challenges arranged in collections and packs you can unlock by earning stars.

Choose Your Theme
The Microsoft Solitaire Collection features several beautiful themes, from the simplicity of “Classic” to the serenity of an Aquarium that comes to life before you while you play. You can even create custom themes from your own photos!

Xbox Live Integration
Sign in with your Microsoft account to earn achievements, compete with your friends on the leaderboards, and track your personal gameplay statistics. If you sign in with a Microsoft account, your progress is stored in the cloud so you can play the game on any device without missing a beat!